Good Rising and Great Awakenings. Great Change is upon us! Favorable and Beneficial to ALL! Enjoy Lakota 4 Directions as you read…httpss://soundcloud.com/tchiya_amet/lakota-4-directions

Wisdom Teachings from the four directions…..

June 19: Jupiter makes the Transit into CANCER, where it is exalted and highly favorable.

When Jupiter enters Cancer, it will be at the CENTER of the Sacred Hoop in the Lakota Tradition, from the
shamanic astrologer archives 2002
The Sacred Hoop

Starting at what is currently at positioned at the top of the Hoop moving clockwise, the stars comprising the Hoop are: Pollux, Castor, Capella, the Pleiades, the Hyades, Rigel, Sirius, and Procyon. The Ecliptic (plane of the solar system) and the Milky Way (plane of the galaxy) cross through and intersect near the middle of this configuration, actually forming a cross within a circle. The place of the intersection is between the feet of the Twins and the horns of the Bull. At this current time the exact placement of the summer solstice (0 degree Cancer) falls on this intersection. Also to be noted is that the location of the galactic anti-center (looking out into deep space from our vantage point as an outlier solar system in the Milky Way galaxy) lies very close to this grand intersection just slightly off the ecliptic.

The Lakota Sioux and some other Plains Indians called this region THE SACRED HOOP. It was considered to be extremely auspicious when the Moon and Planets moved through the Hoop.

Numerous myths and oral histories from Native American to Egyptian to Northern-European to Babylonian have referred to this intersection of the Milky way with the Zodiac as the place where souls enter into incarnation. This was sometimes known as the “gate of Cancer’. (Note that the opposite point of the sky, between the Scorpion and the Archer in the direction of the galactic center, known as the ‘gate of Capricorn’ was seen as an exit point, where souls leave upon death.) The soul was seen to be flowing down the Milky Way and then entering between the Bull and Twins in these tellings.

Inside the Hoop we also have the constellation most popularly known in the western world as Orion. The Mayans perceived the sword of Orion as a sacred fire of creation inside a fire pit. Amazingly, modern astronomers have discovered that this region of space is actually churning out new stars! As a last example, an Alaskan shamanic tradition perceived the great equilateral triangle in the Hoop formed by Sirius, Procyon, and Betelgeuse, as a ‘heavens gate’, another version of an entry point or entrance into incarnation.

The point of all this is to demonstrate how this region of the sky relates to beginnings and origins. Remember that the equinox based calendars all began whilst the Spring Equinox was located inside the Sacred Hoop. And the Egyptian “first time’ mythos was connected to these configurations inside the Hoop, when the Winter Solstice was located there. And now, 13,000 years later, the Summer Solstice is precisely there.” ShamanicAstrologer.com

Please Note: The Quechua Natives in Peru refer to the intersection of the Milky Way with the Ecliptic as the Great Cross. The Original Cross. In the Southern hemisphere, this is marked by a constellation with the same name.

The Gate to Capricorn is really pointing towards the center of the Milky Way, right through OPHIUCHUS!

from The Confederated Tribes of Grand Ronde,

“The Behavioral Health Department will host a Sacred Hoop Ceremony at 10 a.m. Saturday, June 21, in the Tribal gym.

The four gifts of the Sacred Hoop are the power to forgive the unforgiveable, healing, hope and unity.

The Sacred Hoop will bring blessings and healing. The hoop brings healing for all recovering from different traumas (historical, intergenerational, addiction, etc.). It also strengthens sobriety and Wellbriety in the community.”
from The Confederated Tribes of Grand Ronde.

Remember, In Vedic Astrology, the Birth Sign is determined by the location of the Moon rather than the Sun.

Jupiter takes around 365 days to complete its transit in a zodiac sign. This is the reason that when astrologers foresee an incident happening in an year, they take the transit of Jupiter as its basis for calculating the timing of the event, many times.

The most momentous time of the year for you to change your destiny is almost here. It is the one planetary transit that Yogis have looked forward to for the past 12 years and coincidently it takes place on a Thursday, a day ruled by Jupiter. Because Thursday June 19th, is when the great benevolent planet Jupiter moves into the sign of Cancer and gets exalted. Jupiter is considered pure grace and is known for his providential help during times of utter hopelessness. The things that Jupiter brings into your life lasts a long time: children, knowledge, growth of consciousness, and lasting wealth. Since Jupiter will stay in Cancer until July 13th, 2015 his influence will have a great impact on your life and on the world. 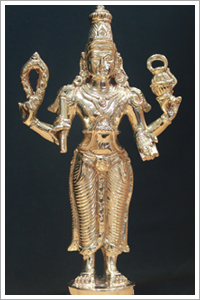 On Thursday June 19th, 2014 at 8.00 AM IST, Jupiter will move into the zodiac sign of Cancer. The Day and the Moon are both ruled by Jupiter, as the Moon will be in Jupiter’s star Purvabhadra. This is a great coincidence, so the day will be totally filled with Jupiter’s energy. Jupiter is the planet that brings in luck,
money, reputation, the best in any matter. He is the divinity within you, your higher consciousness. A good Jupiter makes you very practical and will cause you to save money, to invest wisely, and to pursue higher education. And until November, not only is Jupiter exalted but so is Saturn.

The two outer planets being exalted together create the powerful yoga: RESCUERS FROM KALI YUGA (yuga means epoch). JUPITER and SATURN are the planets that rescue people from sin and reveals the correct way to attain wealth, prosperity and spiritual bliss. No other planets can give the yoga to overcome the obstacles and blockages of the Kali Yuga. This is a once in a lifetime event as the energy of these planets will not repeat in our lifetime. This is, this Yuga’s Yoga.

Every year, Jupiter, the lord of Fortune, moves from one sign to another and sets the stage of human consciousness for the resulting year. In 2014, Jupiter enters Cancer on June 19th and will remain there for one year.

General Predictions: How Jupiter’s Move will Influence You? from astroved.com

When you are connected to Jupiter, he helps you to rise above a situation and to gain a bird’s eye view and consequently higher knowledge to improve a situation. Jupiter helps you aspire for things that you thought to be beyond your boundaries of imagination. He will also facilitate better development of sixth sense – good intuition power.

The transit of Jupiter is a time when you can seek and obtain the maximum benefits from Jupiter. It is very helpful to acquire Jupiter’s assistance in overriding any negative afflictions you have from any other planet. But, if Jupiter is unfavorably placed, i.e. when he cannot protect you, you are more prone to inner fears, distractions from others who could harm your reputation, and loss of opportunities for wealth. In some cases, without proper awareness and prevention, longer term problems could be created which requires much time and energy to reverse.

REMEMBER TO USE THE HORA WATCH, SO YOU CAN LIVE IN HARMONY WITH THE PLANETS, GODS AND GODDESSES, NETERU, ANCESTORS AND ORISHAS, HOUR BY HOUR, DAY BY DAY.  Know the best time to sign contracts, conduct business, spiritual work, gardening, creativity, etc. also from
astroved.com. you can even download on your smart device! 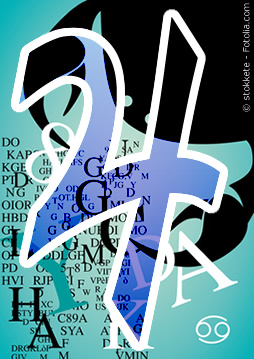 “For the archer, everything rests upon its capacity to aim well. Hitting the target is a metaphor that reveals a metaphysical attribute of the human mind. If one’s thought process remains fixed on a clear intention, then in the same way that the archer carefully directs his arrow, the mind obtains its prized goal; the target is reached. Jupiter prompts persons to think more deeply about what they aim at so that they can align their actions and intentions accordingly. Jupiter’s exaltation in Cancer appears to have blessed the United States, given its July 4 birth date. Many of America’s allies also fall under the cardinal signs: Aries, Cancer, Libra, and Capricorn. And it just so happens that these pivotal signs are where the cosmic action has been taking place since 2010. That emphasis remains in place for the next few years.

Given its 12-year orbit, Jupiter has transited the nation’s birth sign 8 times during the course of the 20th century. Only one of those previous transits holds striking parallels with our current era. If we turn back the pages of time to examine what took place when Uranus last transited Aries (1927-1935), we will find that Jupiter was also in Cancer from July 1930-July 1931. What historical evidence shows up? It was the onset of the Great Depression, massive citizen unrest reverberated throughout Europe (much of it based on inflamed ethnic rivalries), and a Dust Bowl was in its beginning stages. Interestingly enough, Pluto was then transiting Cancer (1914-1939), the sign that opposes its present position. That means that Pluto was forming a square to Uranus which is also currently the case. And the historical parallels speak for themselves.” 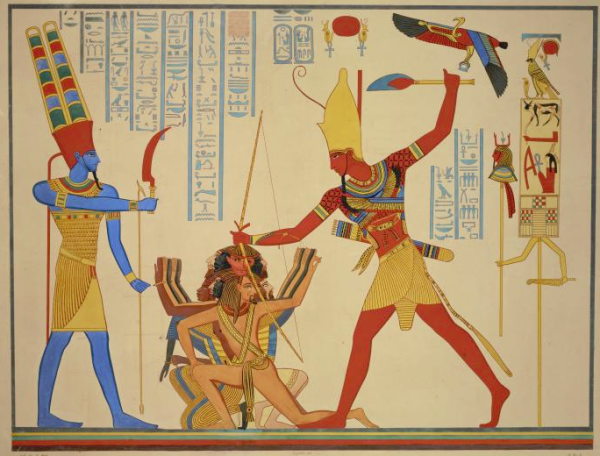 “O Amun, O Amun, who art in heaven, turn thy face upon the dead body of the child, and make your child sound and strong in the Netherworld.” O Amun, O Amun, O God, O God,O Amun, I adore thy name, grant thou to me that I may understand Thee; Grant thou that I may have peace in the Duat, and that I may possess all by members therein…” Hail, Amun, let me make supplication unto thee, for I know thy name, and thy transformations are in my mouth, and thy skin is before my eyes.” Come, I pray Thee, and place Thou heir and thine image, myself, in the everlasting netherworld…let my whole body become like that of a Neter, let me escape from the evil chamber and let me not be imprisoned therein; for I worship thy name..” 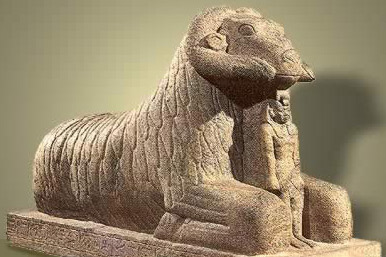 NOTE: The evil chamber is the Ego, negativity, self doubt, etc. 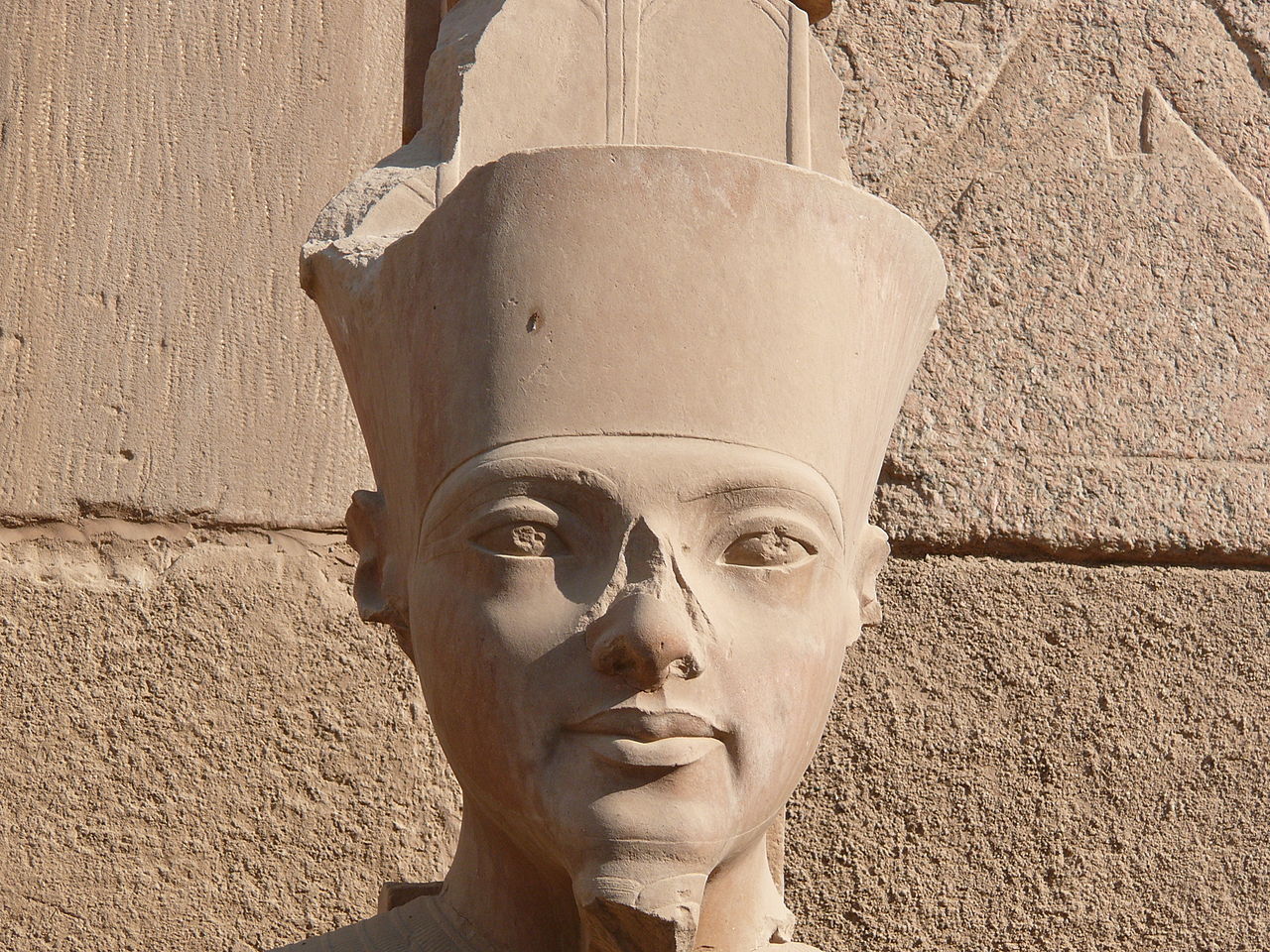 LISTEN LINK!
Om Amun Ra Ptah
The One Divine Self Manifesting as Witnessing Consciousness, Mind and the Physical Universe.
“Everything we do is sowing and all of our experiences are harvests” Egyptian Proverb
“Manifest plainness, embrace simplicity, reduce selfishness, have few desires” Lao Tzu
“We will either find a way, or make one…” Hannibal
Dua Uab Ra Tem

← New Strategy for Mercury Retrograde starting with June 7, 2014 End the Silence, End the Violence! The Blue Lotus Speaks: Chapter 2 →
Privacy Policy Terms of Use
Manage Cookie Consent
To provide the best experiences, we use technologies like cookies to store and/or access device information. Consenting to these technologies will allow us to process data such as browsing behavior or unique IDs on this site. Not consenting or withdrawing consent, may adversely affect certain features and functions.
Manage options Manage services Manage vendors Read more about these purposes
View preferences
{title} {title} {title}