I realize that most of you believe that the Moon is in Scorpio. In Reality, the Moon is in MAAT,  Libra. In fact, go outside tonight and look and see which constellation the Moon is in, and drop me an email, or give me a call, and let me know what YOU see.

I remember back in1998, when there were like 7 (or was it all 9!?)  planets that lined up? I went outside and saw how the Moon was in one sign, and the Ephemeris claimed it was in another, like 3 signs away! I cut off my dread, and the rest is history, or HerStory! MYSTORY!

If you need more background on HeruScopes, or 13 Month Sidereal Astrology,look no further: HeruScopes at tchiya.com

Be sure to have the HeruScopes© Handbook and Resource Guide available when reading the HeruScopes Forecasts. It will help you to learn this system, which is based on Kemetic and Ancient Egyptian or other Indigenous Cultural references to the Cosmic Forces, also known as the stars, planets, gods, and goddesses.

WHAT EXACTLY DOES IT MEAN WHEN SESHETA IS IN MAAT? When the Moon is in Libra?

At HeruScopes, IT MEANS THAT WE HAVE A WINDOW FOR ILLUMINATION OF WHAT & WHERE IS JUSTICE AND TRUTH? A PERIOD FOR REFLECTION ON HOW WE CAN ASSIST WITH THE RESTORATION OF MAAT UPON THE EARTH.

WHEN I WAS VISITING THE JAGUAR TEMPLE IN TEOTIHUACAN, I ASKED THIS SAME QUESTION, AND I WAS TOLD BY THE ANCIENT MASTERS THAT WERE STILL RESIDING IN ONE OF THE TEMPLES, THAT I WOULD SEE JUSTICE IN THE WORLD WHEN I COULD SEE JUSTICE IN MY OWN LIFE. THIS WAS IN 2006. I WENT ON A RETREAT WITH DON MIGUEL RUIZ.

When Sesheta is in Maat, it is a moment to reflect on Balance, Truth, Order, Harmony, Justice, Reciprocity, and Righteousness. The only way we will see this in the world around us is when we can see Maat in our own lives.

During this moment, we can see HOW to establish a strong foundation, HOW to create with sacred geometry, astrology  MAAThematics,  Medu Neter, etc, all the tools that Sesheta represents. Time for writing out our dreams.  Expressing our BALANCED emotions, and illuminating strategies on how to attain our dream for justice and peace. for the Restoration of Maat upon the Earth.  It begins with establishing Maat in our own lives.

Sesheta deals with our personality, our emotions. So the Cosmic Forces have lined up to show us how to keep our emotions balanced. This is when we will be able to see Justice in our lives, and if not, to be able to see what is the RIGHT ACTION TO BE TAKEN,
MAAT is always the way!

Sesheta will remain in alignment with Maat until around 5pm Pacific Time on May 5, then will be in Ip (Scorpio) for about 5 hours, then will ease on into Imhotep (Ophiuchus).

Even if you get this message AFTER the Full Moon, the energies will be present until the next New Moon.

The Sun is still in Aries, Ra Tamet Ammon, so now is also the time to put our creative forces in the direction of building the foundation for our vision, laying the groundwork, by seeking justice, establishing and maintaining balance, especially our emotions.  Sesheta (The Moon) is really the only cosmic force that has changed that much since the Eclipse.

In the next post, I will revisit the Celestial Events of the Ecliptic Equinox and the Blood Red Moon Eclipse. The microcosm that played out in my own life has changed me forever. I am curious to learn about what happened for some of you out there. 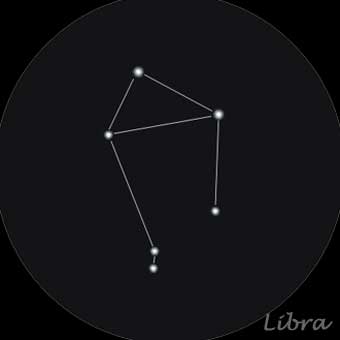 OM MAAT GEB! May Maat Be Restored Upon the Earth. I wrote this chant after experiencing a pretty heavy violation at the hands of a Setian being, ignorant, evil and unrighteous. low vibration.

When Geb is seen covered in feathers, it symbolizes Maat Upon the Earth.

Sounds like something to use in my next meditation series… from earthsky.org, also a good time to view RePhan or Saturn
earthsky.org/tonight

Tonight – or any night in early May, 2015 – start watching for the ringed planet, Saturn. It’s coming up fairly early in the evening now, and its best time to be observed in all of 2015 is nearly upon us. the next few evenings are a grand time to learn to identify this planet, as the moon is passing near it in the night sky. Learn to recognize Saturn on the nights of May 4, 5 and 6, 2015 … and enjoy it for weeks to come.

As with all the planets, you’ll find Saturn along the same path that the sun and moon travel across the sky. Look generally eastward a few hours after sunset. On the night of May 4, the waning gibbous moon rises first, at nightfall or early evening, and then Saturn follows the moon into the sky, perhaps an hour or so later. The precise rising times for the moon and Saturn vary worldwide, but both of these worlds should be up by mid-evening, at which time you might also see the ruddy star Antares below Saturn.

Earth will pass between Saturn and the sun on May 22-23, 2015. That is Saturn’s yearly opposition, and it marks the middle of the best time of year to see this planet. So start watching it now! You’ll enjoy it for many weeks to come.

After coming up in the eastern part of the sky this early evening, Saturn will continue to climb upward throughout the evening hours. This world will soar to its highest spot in the sky after the midnight hour. It’ll be low in the west at morning dawn.

here is the HeruScopes© Handbook and Resource Guide:

← Hot Water and Lemon: Daily Practice Ears to Hear: Song for Day #30 of the Give Away →
Privacy Policy Terms of Use
Manage Cookie Consent
To provide the best experiences, we use technologies like cookies to store and/or access device information. Consenting to these technologies will allow us to process data such as browsing behavior or unique IDs on this site. Not consenting or withdrawing consent, may adversely affect certain features and functions.
Manage options Manage services Manage vendors Read more about these purposes
View preferences
{title} {title} {title}