ALL I WILL  SAY IS THAT THIS WEEKEND IS GOING TO BE TRIPLE SIRIUS. I have a few numbers to share with you:

1. The first time I performed at ROTR was on August 3rd, 2001 at 4pm, with the Light House Band. I ate half a “cookie” instead of a quarter cookie (like I was instructed!!!) after our performance. I passed out in the van, unable to move, communicate, let alone remain conscious! I woke up the next day in my stage clothes, in a hotel bedroom. The day after that was my birthday. My Dad died a few months later on November 30. The first day of Ophiuchus, and same day as George Harrison. Earlier in the Spring, when I learned about my Dad’s health, I had considered canceling the  tour and moving back to Chicago to care for him, but he wouldn’t hear of it. He said the move would ruin my career and my marriage.

2. The second time I had the honor of performing at ROTR, was in July 17, 2010. It was the Day of the Cosmic Convergence. With a different version of the Light House Band. By this time, Mario Vela, longtime life partner/drummer/manager and I had divorced. In March, we found out my Mom’s  gas pains was supposedly uterine cancer so they said. I flew from California to Chicago one or twice a month to help out as much as I could. Sigh, alas, a few months after Reggae, my Mother died.  November 23. That time of year was  already tough enuff because so many people choose to give thanks for the needless slaughter and elimination of Indigenous Peoples around the world at this time. Now it is REALLY difficult. in fact. IT IS REALLY SIRIUS.

3. 31 years ago, I was a student at Oberlin College. One day, there was a free concert outside. Some kind of music that I had never heard before, and I had never heard about it either. I remember how good it felt just to be there eating my dinner. relaxing and listening to the unusual-at-the-time music. It is amazing to me how someone can be so educated and know so little about life. I was about to graduate with a BA in physics, and yet I knew nothing about Africa, REAL history, Native America, let alone REGGAE MUSIC OR THIRD WORLD!!! That is right, just out of the blue, I got hit over the head with consciousness! Felt NO PAIN! Unfortunately, the following year, I also got hit over the head with sexual assault, and it took me awhile to get out from under all of that.

Never would have guessed, after all of this time, here I am about to play at Reggae on the River, for the third time, accompanied only by My Self, on my Mother’s birthday, July 31. It is the 30th anniversary of Reggae on the River.
AND Third World is performing!
There s so much to celebrate and to be grateful for.

Celestial Folk Music was released on Aug. 5 2012, and is available at www.tchiya.com

I will also be selling Kemet Flower Essence Oils, hand blended and poured by Yours Truly..

Also, my favorite, WATER BALLOON CANDLES.
Cosmic Sound Healing will be there as well…. 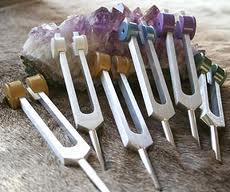 have planned a very special healing experience for all of us, and I look forward to seeing you there…besides, this event occurs during SIRIUS RISING!!!!