Fucked Up System: Day #25 of the 40 Day Free My Music Give Away
Written by webmaster@spaceagehq.com
April 29, 2015
Consciousness | Music | Nafu BLYS | TRUTH

Some of you may already know this song, but in light of what is going on in Baltimore, feels most appropriate.

Looks like there are more incidents to add to this slide show, or else will include them in the video for “POLICE STATE” form Day #2. Just like the song states, we know all of this, yet, WE STILL SUPPORT THE SYSTEM IN SO MANY WAYS….

In the future, I pray that my songs will not only express feelings, share wisdom, drop knowledge, heal, make people dance, shine light, raise love vibration, etc. I WANT MY MUSIC TO BE PART OF THE SOLUTION, OR OFFER SOLUTION TO PEOPLES’ Challenges. 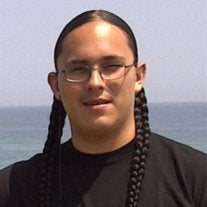 Parents called 911 for help after Mah-hi-vist had an episode of his Oppositional Defiant Disorder. Before officers entered the residence Goodblankets father, Wilbur, asked them not to shoot his son. Police claim Goodblanket had a knife, a fact disputed by witnesses. He was tasered twice and shot 7 times.

The District Attorney declined to press charges and two of the officers received awards of valor for their part in the shooting.

AWARDS OF VALOR FOR THE SHOOTING????

PARAPHRASING MAYA ANGELOU, THE QUESTION IS NOT HOW TO GET MORE BLACK PEOPLE IN HIGH GOVERNMENT POSITIONS OR FINANCIAL PLATFORMS. THE QUESTION IS WHAT ARE YOU DOING IN THIS FUCKED UP INSTITUTION, AND HOW ARE YOU GOING TO GET OUT???

This song is from the CD entitled, “Celestial Folk Music”. all cds are currently on sale