End the Silence, End the Violence! The Blue Lotus Speaks….
Written by lightbeing
May 25, 2014
Music | wellness

Thirteen years ago on this day, Mayor Kirk Watson was in the practice of assigning musical bands their own day. Since the name of the music project at the time,Tchiya Amet, has the same name that I do, I was given my own Day. I have never really paid attention to this fact until a few months ago. 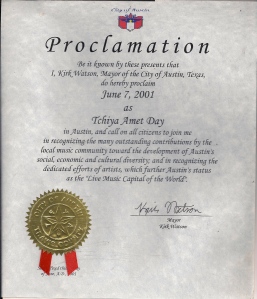 My first thought was to arrange a mini festival version of what I used to do when I lived in Austin. But Rosewood Pavilion was booked for the entire month due to Juneteenth.

It took awhile to connect with Harold McMillan, founder and director of Kenny Dorham’s Back Yard.

Synchronistically, it was while working with Harold on the Clarksville Jazz Festival (1993) that I became inspired to create and produce the Marcus Mosiah Garvey Appreciation Days (1993-1994).   Anyway, by the time I had connected with Harold, the concept of the Day had transformed into a musical day of healing, and a day of speaking about a subject that is currently in the news:

Does the Ivy League Have a Sexual Assault Problem?

NOT ALONE: The First Report of the White House Task Force to Protect Students From Sexual Assault

Sexual violence is more than just a crime against individuals. It threatens our families, it threatens our communities; ultimately, it threatens the entire country. It tears apart the fabric of our communities. And that’s why we’re here today — because we have the power to do something about it as a government, as a nation. We have the capacity to stop sexual assault, support those who have survived it, and bring perpetrators to justice.

Freedom from sexual assault is a basic human right… a nation’s decency is in large part measured by how it responds to violence against women… our daughters, our sisters, our wives, our mothers, our grandmothers have every single right to expect to be free from violence and sexual abuse.

You see, this year also marks the 30th anniversary of the 3 times that I was assaulted while a student at UT Austin. It has taken me this long to speak about it, or to take action, or to bring the incident into my musical life. Or let alone, to express it in my music. I have done a great deal of healing since it was first brought to my attention that even if it is someone that you know that slips you a mickey, it is still rape. I had basically been living with undiagnosed PTSD for 25 years until my former husband and life partner of 20 years brought this to my attention. In a flash, I instantly knew why I had been having such a difficult time in life. Anger, mood swings, depression, isolation, low self esteem, etc. You might be saying you had no idea….. 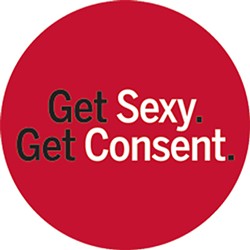 This revelation was in 2005. Shortly after that, everything began to unravel. Everything that had been built on an illusion. And many new wonderful cycles and experiences began. Flash forward 9 years to the present moment. Since I first had the inspiration to come to Austin for this Day, I knew that I wanted to start speaking out and helping others. Turn this poison into medicine. I knew that this was the next step in my healing: telling our stories helps us and it also helps others. One of the incidents involves an individual that is now a celebrity, and I continue to be triggered weekly, or even daily. When I called a hotline for guidance last week, I was instructed to never tell my story. How ironic, for the past 30 years, I have lived in fear of speaking out, and now that I am ready, I am told to remain silent. Well, I cannot. I want to see to it that with all of this talk going on about sexual assault on campus, that there are protocols for those that step forward many years later. Right now, let me tell you, there ain’t much….Come to think of it, there wasn’t much support back then either, but that is another blog entry. Or chapter.

Another synchronicity, Harold was on staff at UT when I was a grad student. He was one of the first staff members that I became acquainted with. Even when I had my first job as a waitress at Wildflowers, the Whole Foods Restaurant back in the day, he had a band that would come play music there. We even played together in the band called One Nation.

(Harold is the second dread from the right)

If you like my music, and/or care about this cause, or perhaps you are in need of some healing, or maybe you are interested in Cosmic Sound Healing, or for any other reason that I have yet to mention here, do come on through! Maybe simply because we haven’t seen each other in 13 years (!!), I’d love to see you….. Or, perhaps you would like to perform a song, a poem, a collaboration, or present your own healing technique, please contact me at amet13 at tchiya.com. and also 7079726831. The other reason I am doing this is because I need support, too. Even after all of these years. For more information, visit tchiya.com and cosmic.tchiya.com

I have a funny feeling that this is only the beginning….